Our mission and values

The Rise of Web 3.0 – A New Era of Technology for Business 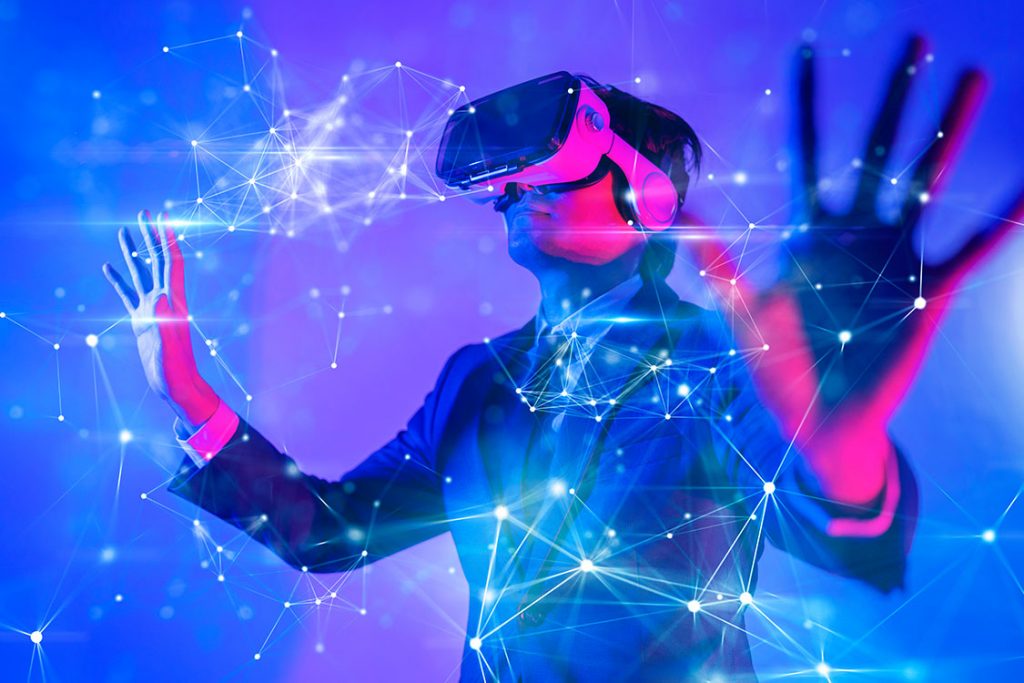 In recent months, the rise of Web 3.0 has become impossible to ignore as crypto, NFTs, and Blockchain reached buzzword status. But what tangible value do these new trends offer? Before we look to the future and where we are heading, we need to take a trip down memory lane to understand how we reached this point.

Web 1 arrived in the late 1990s when AOL was the most prominent name on the Internet. This era is often referred to as the read-only web as it allowed users to post static content for people to read. During these early days of the web, business websites weren’t interactive and just published information for their customers to consume.

Web 2 quickly followed as the winds of change delivered the “read/write” moment that empowered everyone to consume content and unleash their creative side by publishing and sharing their own content. But it would be the emergence of social media platforms that would bring the sharing economy to life.

In 2022, users are beginning to wake up to the fact that if you’re getting something free from a big tech platform, you are most likely the product. In addition, there is an increasing unease at how our browsing data is used to manipulate our behaviours, and businesses must pay to play if they want to reach their audience. These trends are paving the way for web 3.0, which is widely considered to represent a new “read/write/own” era of the Internet.

Instead of using free platforms in exchange for our data, users can now participate in the governance and operation of these protocols. The most significant change is that the likes of Facebook and Google currently govern our online lives. But a new decentralized Internet puts control back in the hands of the users themselves.

The ten biggest tech companies in the world, including Meta, Amazon, and Alphabet, are all heavily invested in Web3 technology. But what does this mean for businesses? And how can these technologies help them exceed their customers’ rising expectations, provide value, and stay ahead of the curve? Here are a few real-world examples highlighting how Web3 is already starting a new era of technology.

Why blockchain is ready for business

Although blockchain technology is often mentioned in the same sentence as cryptocurrencies such as Bitcoin, it’s much bigger than that. The rise of decentralized finance (DeFi) allows users greater ownership and slowly removes the need for intermediaries. Ultimately, a trustless and permissionless Web3 looks destined to disempower traditional gatekeepers and put control back in everyday people’s hands via peer-to-peer exchanges.

Barclays has embraced blockchain initiatives to track financial transactions and compliance while improving how it combats fraud. The company also believes blockchain will play a critical role in eradicating identity theft. But these use cases are not isolated to just the financial world, with innovative use cases across multiple industries increasingly appearing on the business landscape.

Businesses in multiple industries are also embracing smart contract technology that automatically carries out a predetermined set of instructions verified on a blockchain. Smart contracts are also critical to many new decentralized applications (dApps). Once again, this trustless approach eliminates the need for third-party intermediaries.

Entire nations are also exploring how web3 technology can transform the services they offer their citizens. For example, Dubai is on a mission to turn itself into the first blockchain-powered government in the world. Elsewhere,  Estonia is building a digital republic secured by blockchain and even offering citizens of the world e-residency. Here in the UK, a new blockchain start-up called Govcoin is on a mission to disrupt the welfare state.

Outside of world governments, the same technology is also helping businesses identify inefficiencies in supply chains and improve quality control at every stage of the product journey. Walmart is a tremendous example of a company using blockchain to track every step of its supply chain and the foods it sells in its stores.

What is the Metaverse, and what does it mean for your business?

According to Accenture, 38% of businesses in the UK are already experimenting with metaverse technologies. Although there are a handful of augmented and virtual reality headsets available now, all of the big tech companies such as Microsoft, Apple, Google, Meta, and Amazon are all heavily rumoured to be working on new headsets as the race to bring the Metaverse to life gathers pace.

As the lines between our offline and online worlds disappear, we are beginning to seamlessly combine our physical and digital lives. As a result, the world is changing, with even Facebook bracing itself for a projected 45 percent drop in use from teenagers over the next two years. However, 12.3 million “Fortnite” players participated in Travis Scott’s “Astronomical” virtual performance, while millions also attended Ariana Grande’s virtual Fortnite Rift Tour.

There is an emerging virtual economy where consumers invest in digital clothing and items to express themselves online. Many high-profile brands, such as Forever 21, Zara, Gucci, Ralph Lauren, Adidas, and Nike, are jumping on this trend by actively building a presence in the Metaverse. But, an incredible 70% of major brands are expected to join them within the next five years. So, buying a new pair of jeans and shoes that also gets replicated for your digital avatar is not as far-fetched as you might think.

Away from the world of fashion and entertainment, Nvidia CEO Jensen Huang has revealed plans to create a virtual copy of our world to create a Metaverse for engineers. He provided a vision for a future where every factory and building had a digital twin that would continuously emulate and replicate the physical world, and a simulation will be downloaded in the actual version later.

As hybrid working becomes the norm, it has been estimated that 98% of meetings currently have at least one participant who joins remotely. With Zoom fatigue setting in, big tech believes that virtual environments with unlimited post-it notes, whiteboards and the ability to 3D-model almost anything in real-time will empower workers in the Metaverse to improve how we collaborate and solve problems.

Early examples of working in the Metaverse can be found in the Horizon Workrooms app, Glue, and Mesh for Microsoft Teams. All of which promise to make virtual meetings, presentations, and collaboration on shared documents in real-time seamless.

NFTs: why the future is non-fungible

If we look back to the arrival of the iPhone 15 years ago, many of us had shelves full of CDs, DVDs, and computer games. However, in the present day, those shelves are empty, and we are beginning to explore and redefine what ownership looks like from our growing collection of digital things.

Like cryptocurrencies, NFTs are crypto tokens recorded on a blockchain. The term non-fungible refers to the unique digital token that proves the authenticity and ownership of any digital item. A great real-world example is how the NBA uses NFTs to sell highlight videos via its NBA Top Shot collection, allowing fans to own, sell, and trade official digital collectibles.

However, it’s the fact that it recently enjoyed a 901.95% spike in sales volume that is making business leaders take NFTs seriously. Musicians are also turning to NFTs to retain and upgrade how they protect royalties. Essentially, the biggest attraction of NFTs is authenticating an item to ensure its quality and verify its origin. But the immutability and transparency NFTs provide businesses could open up many new use cases.

NFTs have the potential to eliminate counterfeiting and verify ownership in everything from digital real estate to the movement of physical or digital goods in a supply chain to confirm its uniqueness. So, although the speed of transformational change is moving at breakneck speed, the reality for business leaders is that it will never move this slow again. But the good news is that we have been here before.

A long list of household names, from Toys R Us to Blockbuster video, failed to innovate and digitally transform their business models despite the warnings of what was to come. If we look back to 2008 and the opening of the mobile app store, it was full of gimmicky apps that turned the new iPhone into a chainsaw or pint of beer as developers explored the potential of the technology.

There are many parallels between the events in 2008 and what is happening here in 2022. The biggest names in technology and business are heavily invested in building web 3.0, and consumers are also playing a part in making the digital economy a billion-dollar industry. For these reasons alone, businesses that are serious about staying ahead of the curve or providing value to their customers must start taking Web3 seriously or risk becoming just another household name that failed to adapt to the digital landscape.

Connect with us via LinkedIn or sign up to our QHub, where you can submit your CV, create shortlists of your favourite jobs, set up job alerts and access our QInisghts articles.
Connect

How a Recession Provides Opportunity for Businesses

How Digital Transformation is Building the Future of Construction

Rethinking Cyber Security in the Age of Digital Transformation

This website uses cookies to improve your experience while you navigate through the website. Out of these, the cookies that are categorized as necessary are stored on your browser as they are essential for the working of basic functionalities of the website. We also use third-party cookies that help us analyze and understand how you use this website. These cookies will be stored in your browser only with your consent. You also have the option to opt-out of these cookies. But opting out of some of these cookies may affect your browsing experience.
Necessary Always Enabled
Necessary cookies are absolutely essential for the website to function properly. These cookies ensure basic functionalities and security features of the website, anonymously.
Functional
Functional cookies help to perform certain functionalities like sharing the content of the website on social media platforms, collect feedbacks, and other third-party features.
Performance
Performance cookies are used to understand and analyze the key performance indexes of the website which helps in delivering a better user experience for the visitors.
Analytics
Analytical cookies are used to understand how visitors interact with the website. These cookies help provide information on metrics the number of visitors, bounce rate, traffic source, etc.
Advertisement
Advertisement cookies are used to provide visitors with relevant ads and marketing campaigns. These cookies track visitors across websites and collect information to provide customized ads.
Others
Other uncategorized cookies are those that are being analyzed and have not been classified into a category as yet.
SAVE & ACCEPT